All CMRLS Libraries will be CLOSED Monday, April 26, for the State holiday -- Confederate Memorial Day.
There are books on your libraries' shelves that tell of life during the time of the American Civil War or about Mississippi and the South during that time if you would like to delve into some history.
CMRLS Libraries will open Tuesday, April 27 with regular hours.
Posted by lib-blogger at 1:58 PM No comments: 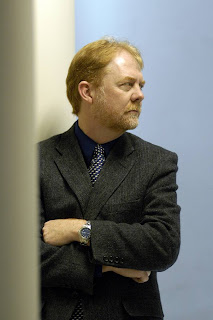 Jerry Mitchell, award winning investigative reporter,
with The Clarion Ledger, will be the featured guest.
Bring a sack lunch.
Drinks and dessert are provided by the
Friends of the Pearl Library.
Posted by Mara at 3:41 PM No comments:

CUTS to Libraries during a recession are just like CUTS to hospitals during a plague! ~Eleanor Crumblehulme via Twitter

Whatever the cost of our Libraries, the price is cheap compared to that of an ignorant nation. ~Walter Cronkite

The three most important documents a free society gives are a birth certificate, a passport, and a Library card. ~E. L. Doctorow, New York Times, March 27, 1994

A Library outranks any other one thing a community can do to benefit its people. It is a never failing spring in the desert. ~Andrew Carnegie


The public Library is the only public agency which serves the minds of ALL of the population, one individual at a time. ~Unknown

We are the only planet, so far as we know, to have invented a communal memory stored neither in our genes or our brains. The warehouse of that memory is called a Library. ~Carl Sagan

More than a building that houses books and data, the Library has always been a window to a larger world–a place where we’ve always come to discover big ideas and profound concepts that help move the American story forward. . . . . Libraries remind us that truth isn’t about who yells the loudest, but who has the right information. Because even as we’re the most religious of people, America’s innovative genius has always been preserved because we also have a deep faith in facts. And so the moment we persuade a child, any child, to cross that threshold into a Library, we’ve changed their lives forever, and for the better. This is an enormous force for good. ~President-elect Barack Obama in a speech at the American Library Association annual conference in June 2005

Celebrate Libraries!
Communities Thrive @ your Library!
Posted by lib-blogger at 10:35 AM No comments:

Email ThisBlogThis!Share to TwitterShare to FacebookShare to Pinterest
Labels: NLW

All CMRLS branches are getting ready for National Library Week, April 12-18, 2010. Check out the online calendar for great programs and even a couple of open houses and receptions. There will be cookies and punch at many of the Libraries during the week! You will want to join the Library staff and Friends of the Library in celebrating the importance of Libraries in our communities.

Central Mississippi Regional Library System, Staff, and Friends of the Library know OUR Communities Thrive @ your Library! Celebrate National Library Week with us!
Posted by lib-blogger at 4:17 PM No comments: