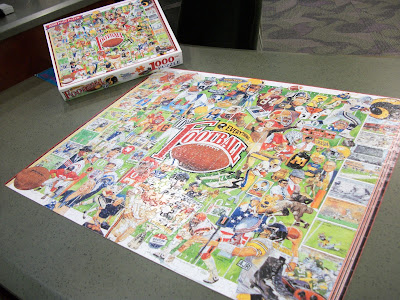 Check out what the Brandon patrons and staff did in the month of December! A special thank you to everyone who participated in our football themed Community Jigsaw Puzzle. Speaking of football, who do you hope to see at the 2012 Super Bowl? Comment below and let us know. Don't forget to stop by in January to see what we've got planned!
Posted by Kelli at 2:06 PM No comments:

The Brandon Public Library staff had a wonderful Christmas and we hope you did too! We would like to wish you all a Happy New Year and we can't wait to see all of the wonderful things to come in 2012. 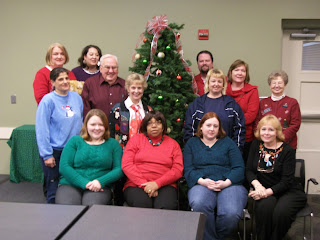 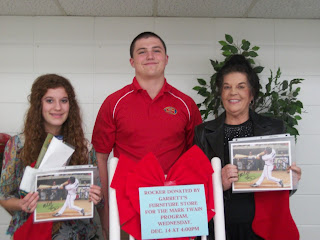 Thanks to Friends of the Library, Comfort Inn, Garrett's Furniture and Peoples Bank we had a wonderful turnout for the Mark Twain storytelling. We had 62 in attendance! We would like to say a special thank you to our patrons and Kathy Bradshaw, from HQ, for coming out to support us.
We gave door prizes to three unsuspecting guests. Lauren Grantham and Loree Clark won tickets to see the Mississippi Braves and Tristan Shivers won the rocking chair donated by Garrett's Furniture.

Posted by Library Lines at 2:18 PM No comments:

Read a book by your favorite author and tell the group about it, while enjoying coffee and great conversation.
Posted by Olievia at 1:29 PM No comments: 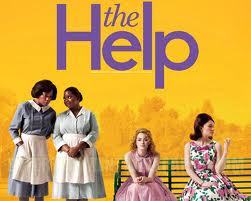 Come join us for the library premier of "The Help", Friday, January 6th @ 3:30 in the meeting room of the Magee Public Library.
Posted by Library Lines at 1:52 PM No comments:

Email ThisBlogThis!Share to TwitterShare to FacebookShare to Pinterest
Labels: Movie 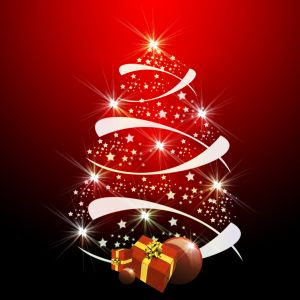 Do You Hear What I Hear? Yes! Christmas is Coming! The Pearl Public Library presents a special night of Christmas fun for the entire family. The library’s Holiday Open House is Thurs. Dec. 15 from 6:00 to 7:30 p.m. Join us for a night of delights! We’ll Deck the Halls, Jingle Bells and share Joy to the World as we eat, drink and be oh-so-merry! You’ll hear holiday favorites by the Pearl Upper Elementary Choir, and enjoy yummy cookies and punch provided by the Friends of the Pearl Public Library. Hmmm, now, is that all for the festive evening? Let’s check this list twice. HO! HO! HO! Of course not! 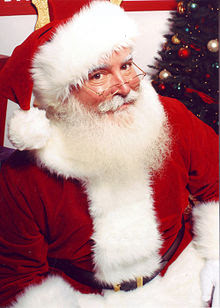 How could the evening be complete without something special and nice for all tiny tots! There will be crafts for the kiddies and hey, Santa himself – great lover of all cookies and children - will be making a jolly appearance! Bring your camera to capture wonderful photo opportunities all evening, especially as St. Nick brings smiles and joy to all! We’ll see you there!

Posted by Pearl Library at 1:30 PM No comments: 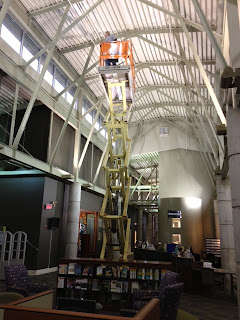 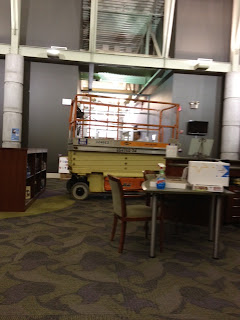 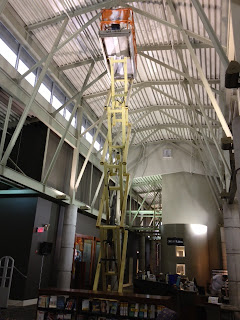 Posted by The Library Ruler at 4:36 PM No comments:

Swing in to the Holidays @ Flowood!

Yes, it's that time again! The Flowood Library is having its annual Open House . . . otherwise known as "Swing in to the Holidays." The festivities will begin at 4:00 pm on Tuesday, December 6th! The fabulous lineup includes:
4:00 to 5:30- Meet Santa Claus. Santa will be stopping by the library and children may meet Santa and have their picture taken with him. Parents, please bring your cameras. There will also be cookies and juice.
6:00 to 7:00- Have a bite to eat and enjoy some live music. We will have a generous assortment of finger foods and beverages. Fix yourself a plate and have a seat because the Mississippi Swing Band will be performing your favorites.
During the event, patrons will have the opportunity to place bids on The Friends of the Flowood Public Library silent auction gift baskets. These baskets are filled to the brim with lots great items for anyone of your Christmas gift list. Also, patrons will be able to browse a selection of hand painted crafts from The Mustard Seed gift shop.
This event is FREE to all.
Posted by Jenn at 3:36 PM No comments: 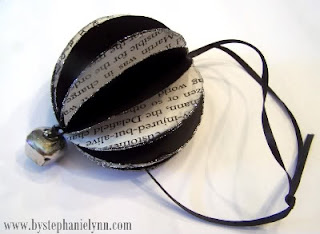 Decorate for the holidays this year with your very own handmade ornament! Join us Tuesday, December 13 for our Simply Crafts program, where you will be able to make your own ornament (shown above). The fun begins @ 6:00 p.m. All materials provided. We hope to see you there!
Posted by Pearl Library at 2:30 PM No comments:

Join the Mendenhall Library Book Club on Thursday, December 15 at 2:00 pm. We will be discussing The Locket by Richard Paul Evans.  You will enjoy our opinions and insights.
Posted by senecacindy at 5:10 PM No comments:

Something Tasty is Cooking at the Pearl Public Library 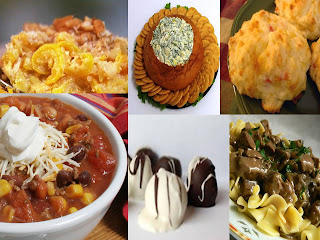 The Friends of the Pearl Library, seeking a creative way to raise money, decided a book of good eats would hit home, but not solely as a fundraiser according to Edith West, Friends president. “It’s a way to do something for the public at the same time,” she said.
Who doesn’t like to pour over great recipes that are easy to make? It can stimulate the appetite. Creamy Ham ‘n’ Macaroni, Cheesy Corn Bites, Randy’s Good Ol’ Fashioned Swiss Chicken, and Squash Casserole - the pages go on with mouthwatering recipes.
"Putting the cookbook together was a lot of fun" said Totsy Hayes, Friends vice-president, credited for doing much of the leg work. “Reading all the recipes made me hungry. It’s all so good,” she said.
Pecan Cream Cheese Pie, Mother’s Sweet Potato Pie and Blueberry Pound Cake - doesn’t that sound like the holidays? Although the Taste of Pearl Cookbook ($15) is right in time for them, it didn’t start out that way. “When we started talking about doing a cookbook, we didn’t know it would be Christmastime when we got it published,” chuckled West. “It makes a great birthday gift too!”
The Friends actually started work on the cookbook about five months ago. Hayes and Friends member, Bobbie Johns, got busy soliciting recipes and creating pages. “Totsy and Bobbie did a good job putting it (cookbook) together,” said West proudly. “The two of them did it all.”
Hayes won’t have any of that kind of talk. She maintains it took all the Friends, many of whom have recipes in the cookbook, to make the cookbook bloom. "It was a group effort," said Hayes, “It took time and patience to get it done.” That’s not only because of writing and editing. No, the Friends took it a step further.
They made calls to some state officials and were pleased to get recipe submissions. Would you like to know what Secretary of State, Delbert Hosemann likes to prepare? What about Congressman, Gregg Harper or even, yes, Governor Haley Barbour? They’re in there.
Luscious Lemon Ring, now that’s what West has her eyes on. “It is a thing of beauty. I’ve seen it. I’ve eaten it, and it is delicious,” she said with conviction. “I definitely want to make it.”
Article written by Susan Gray

For more information on The Taste of Pearl Cookbook, call the Pearl Public Library at 601-932-2562.
Posted by Pearl Library at 12:52 PM No comments: 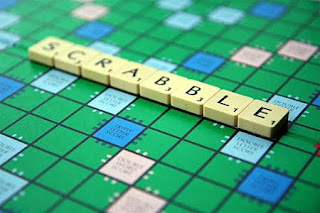 Brandon Library's "Staff v. Patron" Month Long Scrabble Tournament is over! Eight games were completed and the victor is....

It was a TIE! Four to Four! Rematch next year! Same time! Same place!

Until then, drop by the library and help complete our Community Jigsaw Puzzle! Can you help us put the pieces together?
Posted by The Library Ruler at 10:30 AM No comments: