Out the backdoor @ Reservoir Library!

Out the backdoor @ Reservoir Library!,
originally uploaded by CMRLS Photos.
Have a seat on the deck at the Reservoir Library with your favorite book and this will the scene in front of you. Add a light breeze, a glass of lemonade, and wouldn't it be a great way to spend the afternoon @ your Library?
Posted by lib-blogger at 1:40 PM No comments: 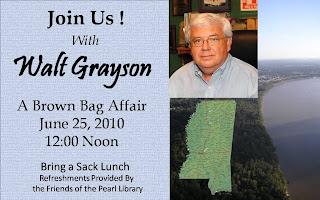 Did anyone reading this know that in the genealogy blogosphere it is Tombstone Tuesday? Gen-bloggers use this as the subject for Tuesday entries!

If genealogy interests you, Brandon Public Library has three genealogy programs during the month of July. They are July 1, 8, and 15th. The workshops on July 8 and 15 are on Ancestry.com, so you must call ahead to reserve a spot. Space is limited!

Google "Tombstone Tuesday" to find thousands of entries on genealogy blogs. You may even find some new blogs that interest you!
Posted by lib-blogger at 1:29 PM 1 comment:

Water Your Mind @ the Pearl Library 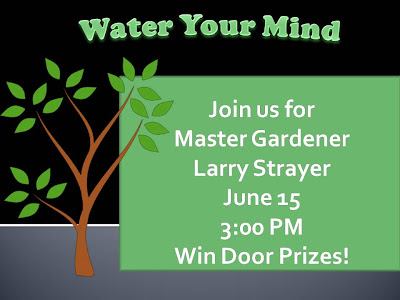 Many Friends of the Library groups will meet this summer to discuss helping their libraries during this time of economic uncertainty, while others have postponed meeting until fall when everyone has returned from their vacations. Please, consider joining the group associated with the library nearest you. In most cases, membership is just $5 per person. No one, or in this case -- no library can have too many Friends!

Those meeting this summer are:
If your library isn't listed here, contact the staff for information about becoming a FRIEND!
Become more than a patron, become a FRIEND of your Library!
Posted by lib-blogger at 12:11 PM No comments:

Not Just for Kids..

The summer reading program is in full swing and libraries have tons of stuff for everyone to check out and do! Check out your local library for programs that can "Water Your Mind"! Here's the schedule for June programs for adults at the Pearl Public Library:

Don't forget we have guessing jars for adults! Visit our summer reading registration table and make a numerical guess. The closest guess wins a prize! We'll have 6 winners!

Also, stop by any desk for book review forms! Read a book. Write a review on the form for one prize entry. There will be one winner each week! You could be the lucky one!

Take time to check out the CMRLS Online CALENDAR this summer. It can be sorted for the library nearest you, by age group, or by interest. Ask your library staff to walk you through it if you have problems, but its a straightforward search application in the near upper left-hand corner of the calendar page. Find a program you are interested in and click on the title. This links to a window with the address of the Library, hours of operation, and information regarding the program. It's an easy way to find FREE things to do this summer!
Posted by lib-blogger at 5:11 PM No comments: