So, mark your calendars!  You do not want to miss this!

The idea of a Comic-Con first was birthed in San Diego in 1970 as basically a comic book convention complete with attendees sporting costumes. Since then, it has become quite the pop-culture event. Still attracting costume-garbed participants, but with added attractions such as artists, authors, video games, etc. comic-cons have gained in popularity, sprouting across the country.

Plans for the Central Comic-Con  have been underway for months! Even though it is being held at the Pearl Library, all Rankin County libraries have worked really hard to make this monumental event possible!

First, there should be lots of costumed characters here! Hey, that's enough reason right there to participate!

The Pearl Library is already advertising the event on social media, the radio and in-house with a Central Comic-Con banner up in the library and life-size character cutouts!

The Central Comic-Con will have artists such as Tony Reed, Emily Riffle, Michael Hipps, Derek Craft and Will Brooks. Sean Starwars of Laurel, MS plans to be here as well.

Young Adult (YA) author Rendy Breland of Memphis, who is a member of the Society for Creative Anachronism and has written a three-part book series, The Saga of Little Bird, will be here.

Janet Ferguson- Christian Romance Author: Ms. Ferguson is a contemporary Christian humor and romance author. She will be on site promoting her books.

There be Fortnite demos, video games and tournaments, table top games, Kids’ Krafts, drawing workshops, trivia contests and so so much more!

All events are free, but there will be some things for sale, such hamburgers and hotdogs, t-shirts and buttons.

or scan the QR Code below: 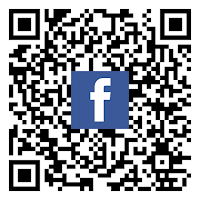 We'll see you there!
Posted by Pearl Library at 4:48 PM