As part of our Mississippi History display, we're sharing some awesome recommendations for young adult fiction and nonfiction! Swing by the Brandon Library for more.

It's 1964, and Sunny's town is being invaded. Or at least that's what the adults of Greenwood, Mississippi are saying. All Sunny knows is that people from up north are coming to help people register to vote. They're calling it Freedom Summer. Meanwhile, Sunny's life--and family--is getting complicated. And things get even trickier when Sunny and her brother are caught sneaking into the local swimming pool, where they bump into a mystery boy whose life is going to become tangled up in theirs. 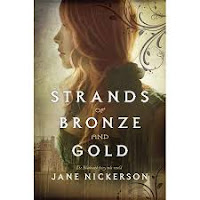 Strands of Bronze and Gold by Jane Nickerson

When seventeen-year-old Sophia Petheram’s beloved father dies, she receives an unexpected invitation from the mysterious Monsieur Bernard de Cressac, her godfather. With no money and fewer options, Sophie accepts, leaving for the lavish Wyndriven Abbey in the heart of Mississippi.
Sophie has always longed for a comfortable life, and she finds herself both attracted to and shocked by the charm and easy manners of her overgenerous guardian. But as she begins to piece together the mystery of his past, Sophie knows she’s trapped in the passion and danger of de Cressac’s intoxicating world.

After the sudden collapse of her family, Mim Malone is dragged from her home in northern Ohio to the “wastelands” of Mississippi, where she lives in a medicated milieu with her dad and new stepmom. Before the dust has a chance to settle, she learns her mother is sick back in Cleveland.  So she ditches her new life and hops aboard a northbound Greyhound bus to her real home and her real mother, meeting a quirky cast of fellow travelers along the way. But when her thousand-mile journey takes a few turns she could never see coming, Mim must confront her own demons, redefining her notions of love, loyalty, and what it means to be sane.

In June of 1964, three idealistic young men (one black and two white) were lynched by the Ku Klux Klan in Mississippi. They were trying to register African Americans to vote as part of the Freedom Summer effort to bring democracy to the South. Their disappearance and murder caused a national uproar and was one of the most significant incidents of the Civil Rights Movement, and contributed to the passage of the Civil Rights Act of 1964. THE FREEDOM SUMMER MURDERS will be the first book for young people to take a comprehensive look at the brutal murders of James Chaney, Andrew Goodman, and Michael Schwerner, through to the conviction in 2005 of mastermind Edgar Ray Killen.

Find in the CMRLS here! 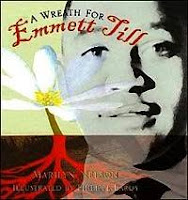 A Wreath for Emmett Till by Marilyn Nelson

In 1955, people all over the United States knew that Emmett Louis Till was a fourteen-year-old African American boy lynched for supposedly whistling at a white woman in Mississippi. The brutality of his murder, the open-casket funeral, and the acquittal of the men tried for the crime drew wide media attention. Award-winning poet Marilyn Nelson reminds us of the boy whose fate helped spark the civil rights movement. This martyr’s wreath, woven from a little-known but sophisticated form of poetry, challenges us to speak out against modern-day injustices, to “speak what we see.”

Events That Changed the Course of History: Mississippi Becoming a State 200 Years Later by Amanda Hutchins

Two hundred years ago, on Dec. 10, 1817, Mississippi became the 20th state to join the Union. Follow Mississippi on its long path to statehood, from the habitation of the Chickasaw, Choctaw and other tribes dating all the way back to 10,000 B.C., to its first European settlement in 1699, to eventually becoming a U.S. territory after the Revolutionary War.
However, Mississippi only enjoyed its status as a state for about 43 years before its citizens voted to secede from the Union in early 1861, just a few short months before the beginning of the Civil War. In this book, you will learn just why Mississippi seceded, how the state fared during the war, and how it dealt with reconstruction after the Confederacy was dissolved.
From the development of the Blues, to the Civil Rights Movement, to the devastating effects of Hurricane Katrina, there have been a great number of changes, both good and bad, in Mississippi in the past century, and there are sure to be more to come. Take a closer look at the Magnolia State's history and learn how its past has shaped the culture and people of Mississippi today.
Find in in the CMRLS here!

All summaries acquired via Goodreads.
Posted by Brandon Library at 10:00 AM