Star Tours-Astronomy at It's Finest

Sandwiches, Chips and Soda will be served.

Following the presentation we will all go outdoors to view the rings of Saturn, craters on the Moon, etc. through a powerful hand-crafted telescope, weather permitting. 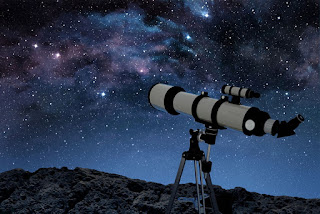 May your introduction to astronomy be a pleasant experience.

As for myself I had a few obstacles to overcome when I developed an interest in the subject. This happened when I was about 16 years old back in 1983.

I wanted to learn about astronomy, so I invested in a 300X refracting telescope and set it up in the front yard. I pointed the telescope at the Moon and I was impressed. I was like a kid with a new toy.

I was so impressed that I showed off my telescope to the girl next door. I adjusted the angle and showed how I could read the license plate of a small bus that was parked next to her house. She seemed to express an interest in my new hobby.

Since she moved into the neighborhood six months earlier, she had sought my attention. She was the girl who lived at the end of the street and she wanted every boy's attention. But, I was more concerned about trivial things like surviving high school. I had studying to do and grades to make. I didn't need girl problems, too. I ignored her interest in me. She was offended.

Soon after my telescope demonstration she told her boyfriend that I was "peeping" through the windows of her house with my telescope. Her boyfriend came after me, and he brought three of his friends with him. I managed to elude her boyfriend and his entourage. I informed two teachers, but they dismissed the problem.

Back then fighting was something that this high school addressed by threatening suspension and failing grades on one six week term of classes. It was a lot easier to penalize all students involved rather than the ones at fault.

I called my mother. She called the girl's father who was a police officer, and I learned that he was about to get a search warrant and have me arrested. My mother told him that we would be moving soon, and the telescope would be coming with us.

How did this problem get so out of control?

Had this case gone to trial I would have found myself saying to the courtroom that I had purchased this telescope, so I could observe heavenly bodies, and the girl who thought I was observing her did not qualify.

Her boyfriend backed off.